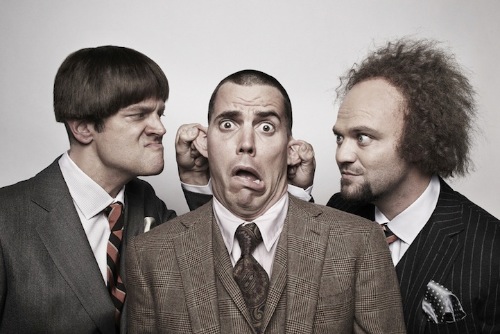 Tomas Alfredson’s film Tinker, Tailor, Soldier, Spy seems to be a good one. The cast is a knockout (Gary Oldman, Colin Firth, Tom Hardy, Benedict Cumberbatch, Jared Harris and Ciaran Hinds) and now there’s another good name on board, as Mark Strong has signed to appear. Bridget O’Connor and Peter Straughan wrote the script, which adapts John Le Carré’s novel about retired MI6 agent George Smiley (Oldman) who is called back to serve when a high-ranking member of MI6 is suspected of being a Soviet mole.

ark Millar: he’s talking about a movie that he’s actually making, rather than one that might get made. In this case, he’s talking up Miracle Park, the low-budget film that Millar is actually directing right this very minute. It’s a superhero thriller that he calls “Trainspotting meets X-Men.” Set in contemporary Scotland, this dark, unique superhero story focuses on a group of animal rights activists who break into a low-level research laboratory to find a mile-long underground base owned and facilitated by the US government…Miracle Park breaks all the taboos of superhero cinema and offers a completely new take on the genre…The movie is shot entirely on a hand-held camera, establishing a tone more consistent with Paranormal Activity or The Last Exorcism than a traditional superhero release.

Miracle Park is chilling, violent and a totally new experience in cinema. Miracle Park starts where other superhero movies draw the line.http://uk.movies.ign.com/articles/112/1120717p1.html

‘Downfall’ Director Oliver Hirschbiegel to Adapt Martin Suter’s Novel ‘The Dark Side of the Moon’ Business lawyer Urs Blank, forty-five, has his feelings under control. Blank is an expert in merger negotiations and the star of the industry. Recently, however, torments him feel somehow uncomfortable one reason why it extensively with his lovely Lucille tries so that introduces a completely different life than he. By Lucille he meets the magical world of hallucinogenic mushrooms. In an overwhelming trip, however, plays an unknown fungus cyan a bad joke. Blank’s personality is now changed. He feels godlike and gives each emotion immediately – even the most dangerous. Blank acknowledges that he can help any, and flees into the forest, the only place where he is quieted for and believes anyone can be dangerous. And while the ‘civilized’ world thinks in, the defense lawyer had committed suicide the , Blank learns to survive in the woods.

Heat Vision reports Trejo and the gorgeous Erin Cummings (of “Spartacus: Blood and Sand”) have joined the cast of indie thriller Tarantula. The film follows a woman (Cummings) who breaks away from a tight-knit biker gang to start a new life but finds escape isn’t as easy as she thought. The leader of the gang (Trejo) is looking for her as well as revenge for his brother’s death. Oley Sassone rednez

Back in March we found out one of the many forthcoming projects for Ryan Reynolds would see him opposite Jason Bateman in Change Up, a classic body switch story where a responsible family man (Bateman) trades bodies with his lazy, man-child of a best friend (Reynolds). David Dobkin (Wedding Crashers) is directing the comedy that will hopefully make a tired recycled concept seem fresh. Also making the film a little easier to look at will be the stunning Olivia Wilde (“House M.D.”) who has a promising future in film with roles in highly anticipated projects like Tron Legacy later this year and Cowboys & Aliens next summer.

The news from Deadline says Wilde will play Bateman’s wife who is somehow the driving force behind the body trade. In addition to Wilde’s casting alongside the comedic talents of both Bateman and Reynolds, it helps that the script for the Universal Pictures comedy comes from Jon Lucas and Scott Moore, the duo behind last summer’s breakout hit The Hangover. 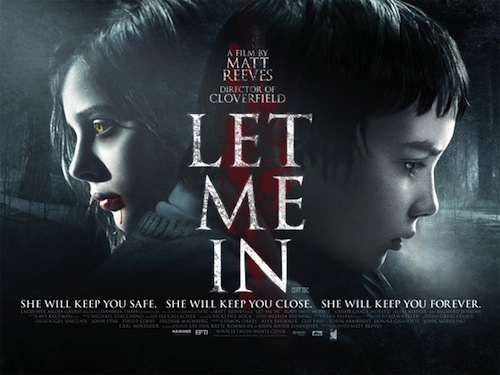 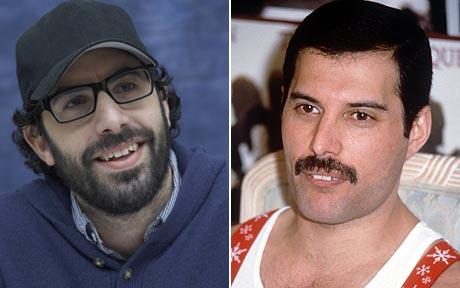